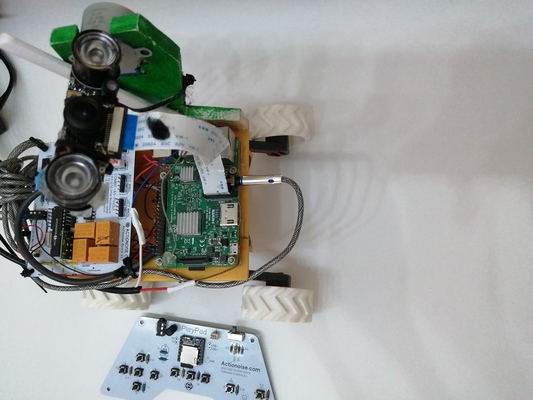 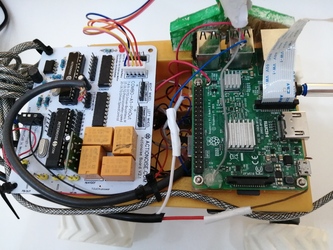 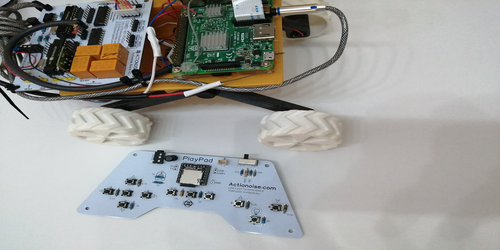 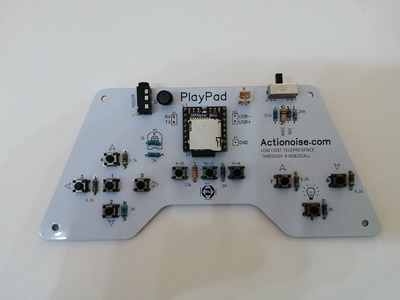 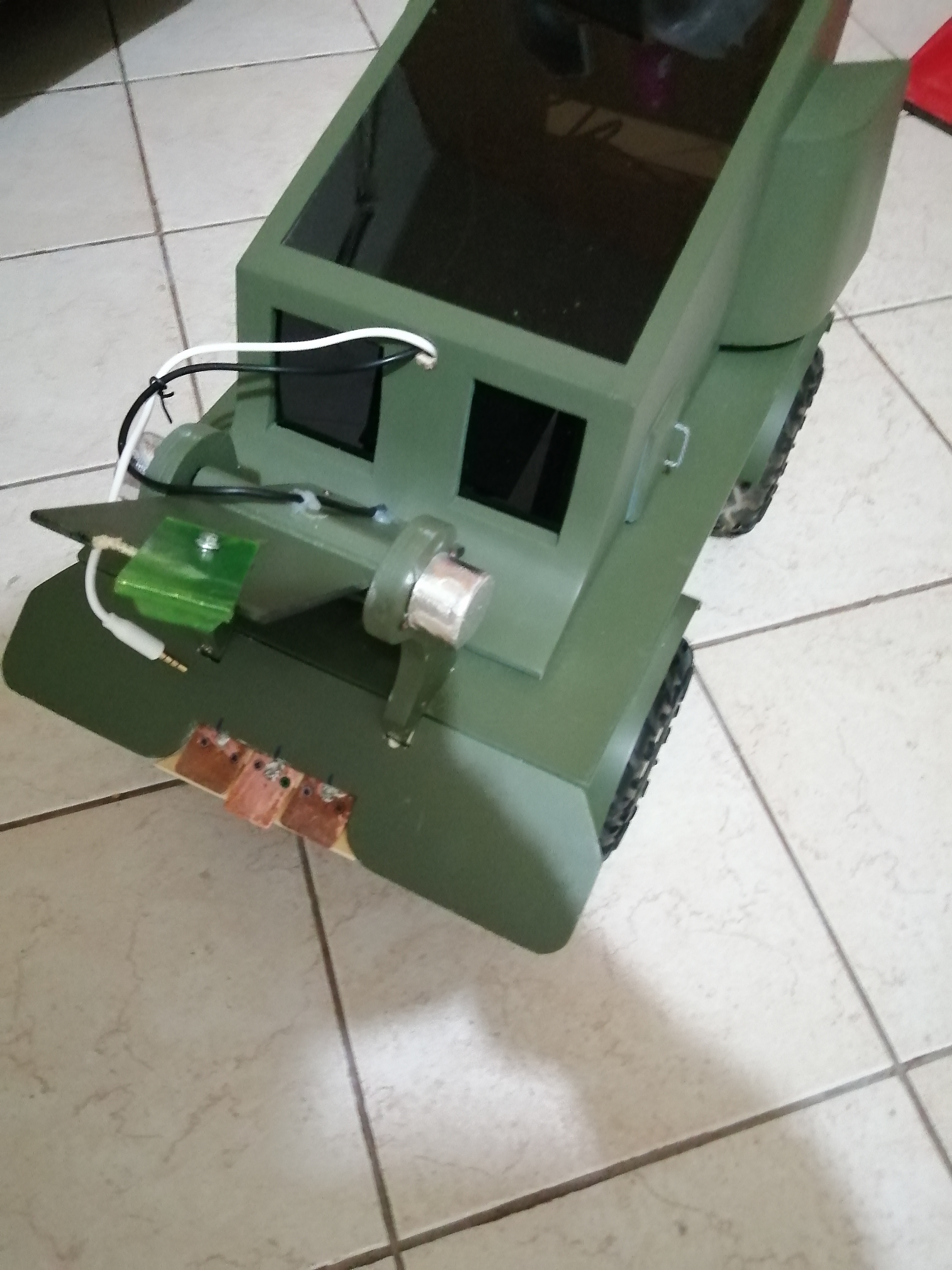 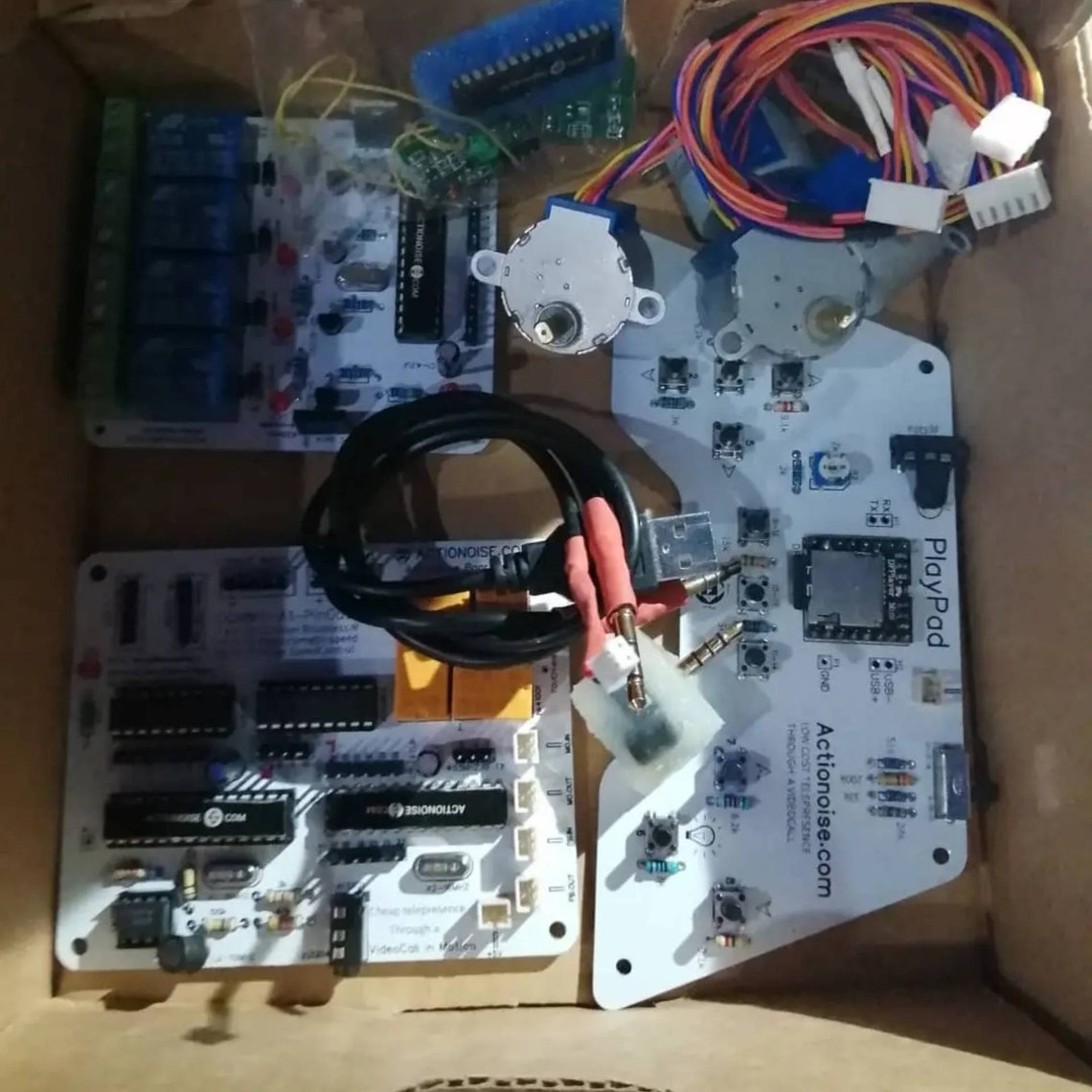 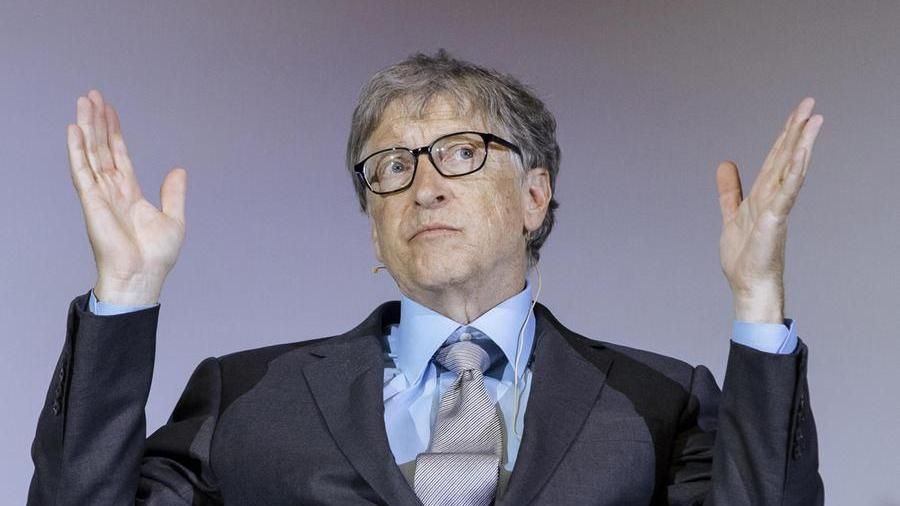 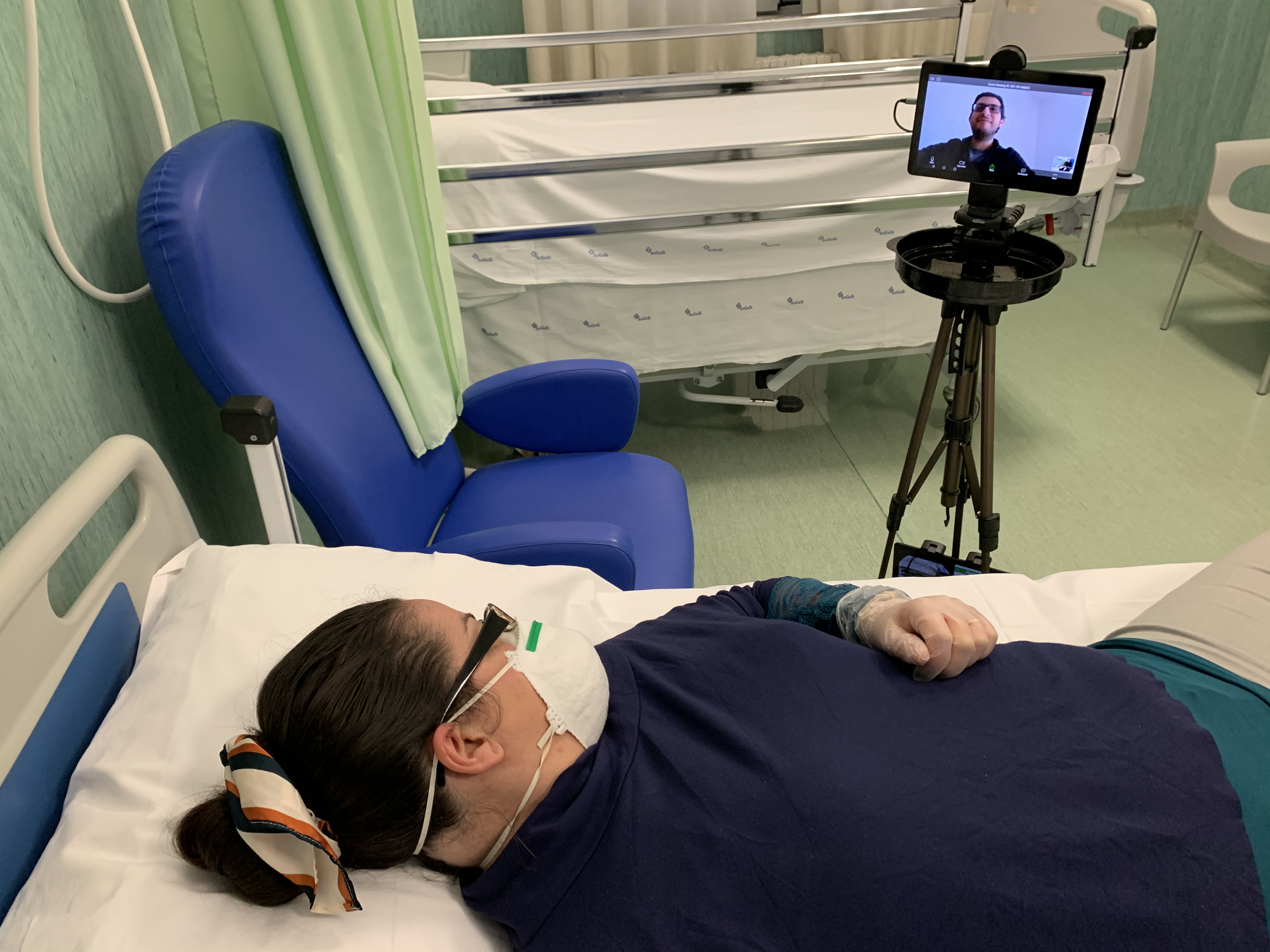 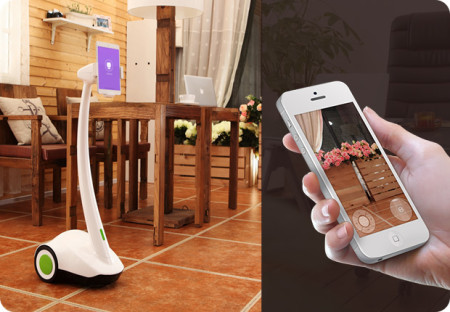 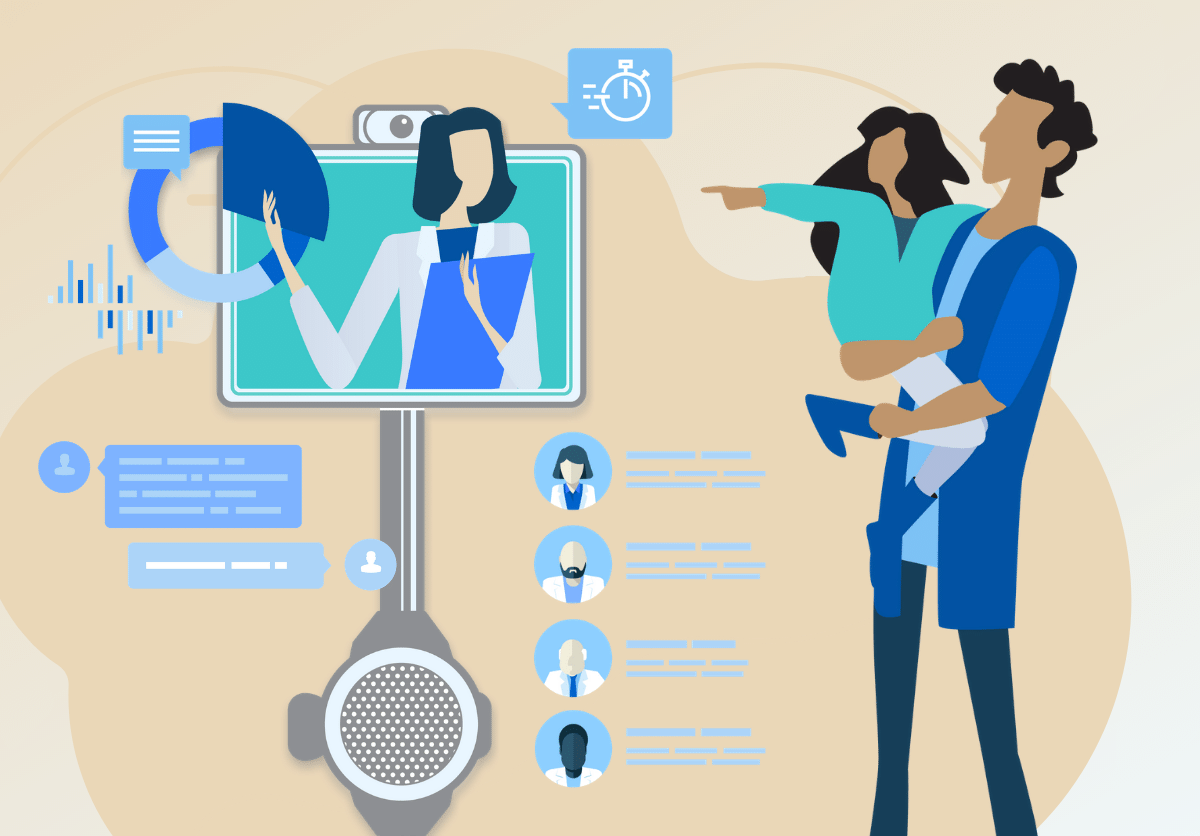 The Role of Telepresence Robots in a Pandemic

“Having your system could decrease exposure to illnesses for the patient and healthcare workers. This keeps workers well while giving a voice and sometimes a lifeline to the patient and their families.” We have been getting a lot of inquiries from hospitals and healthcare facilities in the wake of the global pandemic. They are interested in learning more about the role of telepresence robots in a pandemic. While we are hearing about lots of ways that healthcare facilities would like to use our Ohmni telepresence robot, the two that seem most common and urgent are: 1. Reducing exposure to the virus by limiting the number of times that healthcare workers enter a patient’s room. 2. Providing a lifeline for family members to “visit” with their hospitalized loved ones in a way that does not require any action on the part of the hospital staff or the patient. Reducing Exposure & Conserving Personal Protective Equipment “Most of these children and adults are high risk and being exposed to COVID, in addition to many other illnesses, could be deadly. Being able to meet with their doctor via telemed would greatly reduce the risk of patients being exposed and becoming ill.” “Having your system could decrease exposure to illnesses for the patient and healthcare workers.” ~ Shelly, Nurse at Prisma Health, South Carolina According to the International Council of Nurses, on average, 7 percent of all cases of COVID-19 are among healthcare workers. “Extrapolating from more than 6 million reported cases gave its estimate of some 450,000 infections among healthcare workers.” We have heard about many different situations where hospital staff routinely enter patient rooms to perform services that don’t really require in-person care. Examples of tasks that can be performed with minimal contact include: getting consent for plasma and medication, assessing the patient between nurse or doctor visits, case management services, social services, translation services, mental health, and disposition planning. Every time a healthcare worker needs to enter a room with an infectious patient, they need to suit up with personal protective equipment, none of which is 100% effective against passing the disease. By turning to a telepresence robot, many of these activities could be done remotely, thereby reducing the risk of exposure, reducing the risk of spreading the illness and preserving supplies of personal protective equipment. Providing a lifeline for family members “This will help patients connect better with family, especially for intubated patients or elderly patients who don’t have a phone with FaceTime capability. This will also help nurses not to resort to their own personal cellphones to help patients connect with their families during a time of need.” “Families are feeling despair not being able to connect with loved ones during COVID.” Unlike many existing telehealth and telemedicine solutions, our telepresence robot’s hands-free design is perfect for patients who want to communicate with their families and cannot hold a phone or iPad for an extended period of time. It’s also a great resource for a patient who is incapacitated or unable to use a phone with video call capabilities. The mobile nature of the telepresence robot allows remote family members to steer and tilt the robot’s head to whatever position in the hospital room that they desire so that they can see and communicate with their loved one. When there are staff shortages, our robot is also an incredible resource because workers do not need to use their own personal cell phones to help patients communicate with their family members. They also do not have to remain present in the room to hold an iPad in place or wheel a device into and out of patient rooms because our robot is mobile. Other uses of robots in a pandemic We have also been hearing from healthcare professionals about other use cases: Higher Efficiency and Better Response Times. By using our robot, physicians can conduct telemedicine consultations with patients remotely, without having to return or to be physically present at their hospital or facility. This remote telehealth access can greatly improve response times and is especially valuable during crisis conditions when time is of the essence. Patient Monitoring. A physician finishing a procedure in one patient room can monitor a patient in another room that may be entering into an emergency state using Ohmni. Special Needs and Research Assistance. Ohmni Robot can assist doctors with high-risk, special needs patients or patients involved in research studies. Providers can limit their exposure by meeting through the robot instead of in-person. Medical Education. From the standpoint of graduate medical education (GME), students can log into Ohmni to quickly assess patients before the attending physician arrives at the hospital. This is another way the practices can improve their coverage and response time — by having a presence in a remote location where students aren’t generally present. Attending Appointments. Our robot is also used for telemedicine with inpatients and their attending physicians. Patients can attend appointments via the robot without the hassle of a long trip to the city. Oftentimes, the trip to the city and back very stressful so it’s great to be able to offer this added service to patients. COVID-related care through the Ohmni Robot helps achieve multiple beneficial outcomes. It allows doctors to optimize care by maintaining and potentially expanding coverage. It reduces the amount of PPE required and reduces strain on the nursing staff. Most importantly, it reduces the risk of infection for patients, doctors, and residents and provides a lifeline for isolated patients. And the uses don’t stop there. While this article focuses on healthcare, Ohmni Robot can be used for a whole host of purposes including managing remote workers, remote employee monitoring, remote laboratory management, satellite office monitoring, remote facilities management and more! If you would like to learn how more about the role of telepresence robots in a pandemic and how Ohmni robots can help solve your challenges, complete the contact form, below, and we will get right back to you.
ARTICLES LINK. 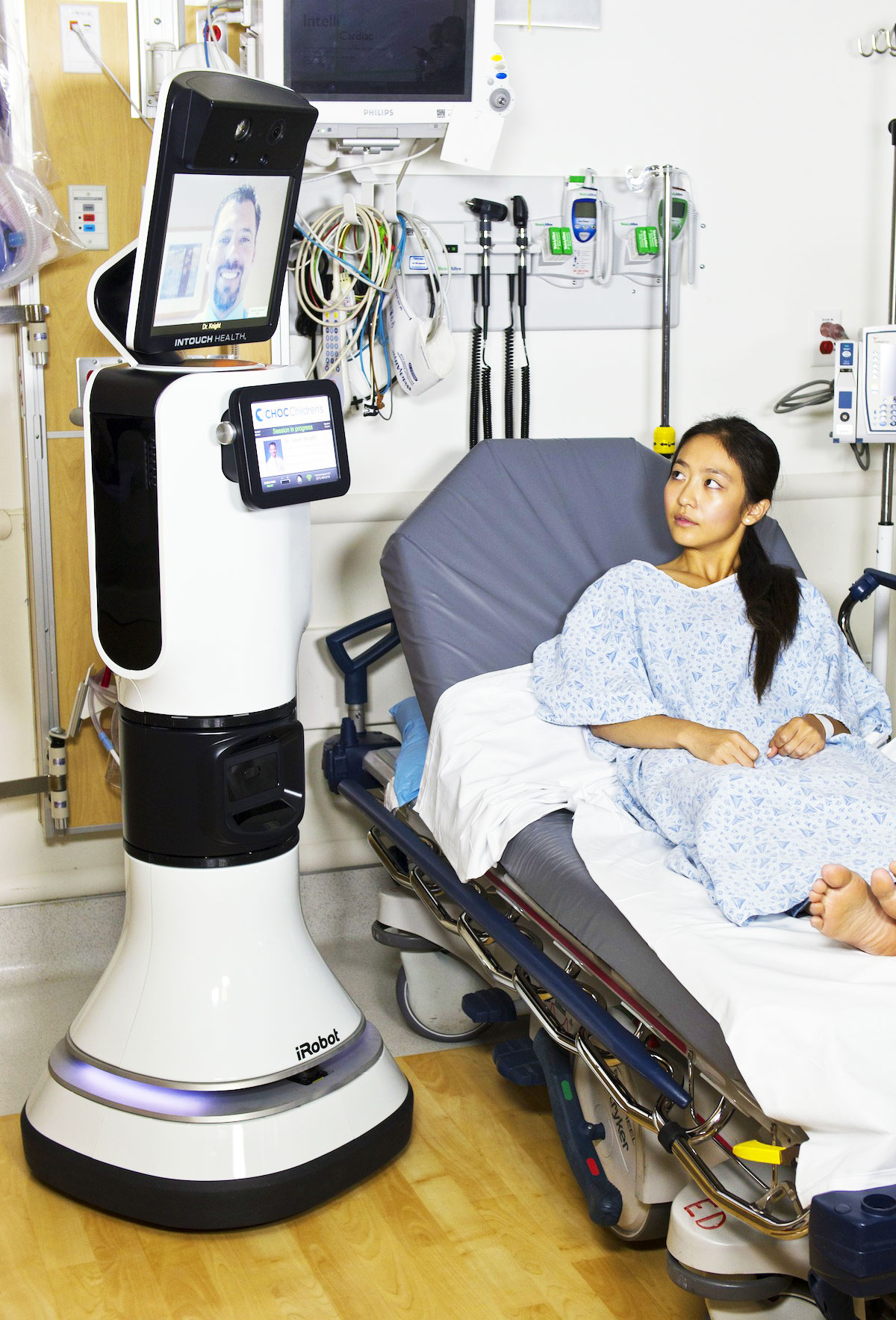 The state of telepresence: Healthcare and telemedicine

Telemedicine is a rapidly growing field and, with the aid of telepresence robots, is quickly gaining traction in hospitals and homes around the world. In rural hospital settings where a medical specialist is physically unavailable, a robot can be deployed to check in on a patient with a physician from elsewhere. In the home, a nurse can check in with a patient while they recover in a comfortable setting. This has been a hotly contested market as noted by two lawsuits over patent infringement initiated by InTouch Health against HeadThere (now Giraff AB) in 2007 and VGo in 2011. HeadThere was effectively sued out of the country by inTouch, and relocated to Sweden where it worked with Robotdalen, a robotics incubator. This looks to have been a very beneficial move as for Giraff as they have been able to take advantage of the health care system to introduce their robots into homes through various research projects involving human robot interaction. They have several pilot sites throughout Europe. The result of InTouch vs. VGo resulted in a less than favorable outcome for InTouch as they had several of their patents re-examined and scopes significantly narrowed. This no doubt encouraged them to seek a partnership with iRobot, a collaboration that resulted in the introduction of the RP-VITA. It is like few others out there, with special on-board ports to perform diagnostics like ultrasound and stethoscopes to provide critical information in emergency situations. Even when you’re not in the hospital you still have options. VGo recently ran a pilot project with Dartmouth College, using their robot on the sidelines of football games, bringing in medical experts on demand. This is particularly useful for injuries like concussions, which can require frequent monitoring for days after the incident. VGo has also been highly active within schools, by allowing students to attend classes via telepresence while they recover from injury or illness at home. A robot that hasn’t received much press is RITA (Reliable Interactive Table Assistant) by RoboValley out of the Netherlands. This is more of a caregiver robot than telepresence, but because of its primary function, I classify it as telepresence. RITA can monitor the behavior of a patient, alerting medical staff of significant changes, and allowing a care taker or physician to check in when alerts arise. This market segment has human-robot interaction obstacles and legal issues to overcome. For example, in the US physicians must be licensed by individual states, though recent legislation regarding interstate medical licensure seeks to solve this problem by allowing an expedited process to practice across state lines. I have not seen anything with respect to practicing medicine across borders. The Japanese government has allocated about $23M USD to the core technology market in an effort to develop products for its aging population. Toyota, for example, is focusing on home living assistance robots that will allow those with limited mobility the opportunity to live at home. While Japan might have the largest market in the world of 65+ citizens (over 30 million as of 2014), South Korea is estimated to be allocating nearly $6B USD to their own robotics research. The Koreans are taking a different approach, using robots for mundane tasks of delivering food, allowing humans to provide care. It will be up to our social and legal systems to keep the pace if we are to allow the technology a chance to provide the solution. Are telepresence robots really robotic? Is the da Vinci robotic surgical system robotic? Is a car with adaptive cruise control acting robotically? Well … no to all three questions. All three are borderline cases and examples of robotics in a transition state and being affected by two converging robotics-related trends: Toward more capable and lower-cost robots, and Towards physically-responsive smart devices. These and many other topics will be discussed next week at Innorobo, in Lyon France along with an extensive exhibition of service robotics start-up companies. A few months ago Suitable Technologies brought 50 Beam “robots” to the RoboBusiness show in Santa Clara, CA. People unable to attend the conference were able to use their laptops at their home or office to link into the Beam bots and “drive” them around the show, all the while being able to talk and see and communicate with people along the way.
ARTICLES LINK. 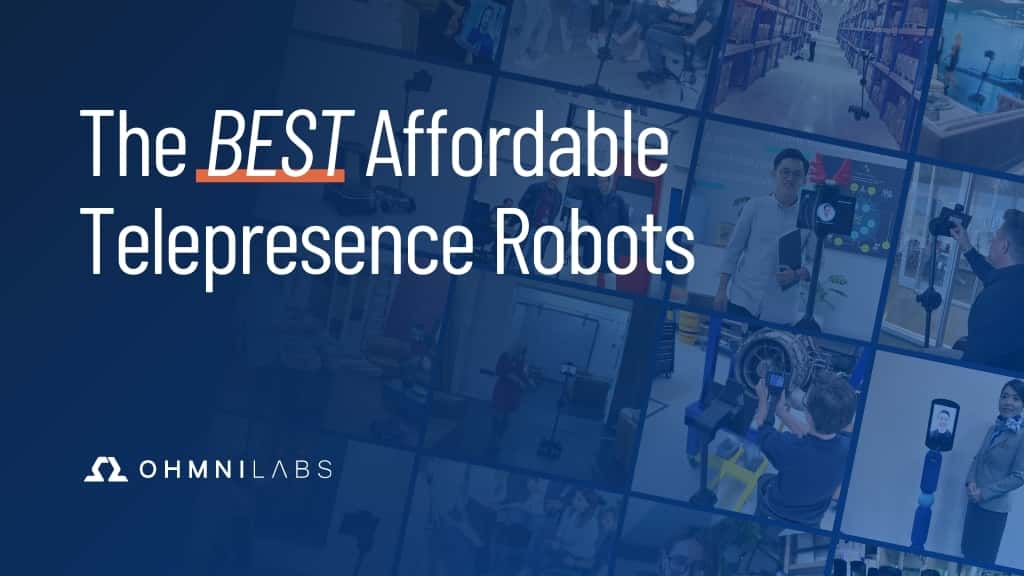 Move It From Remote.